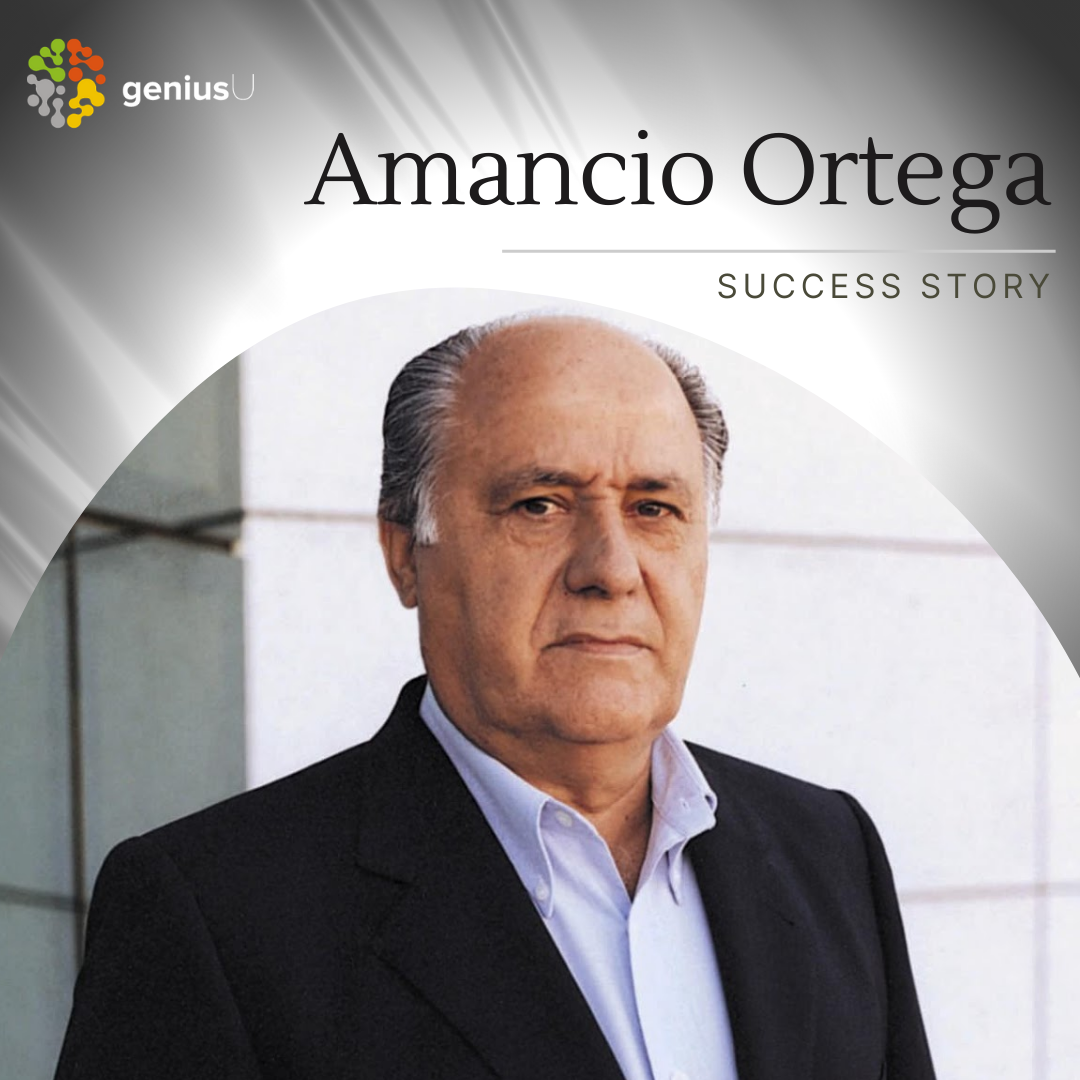 Amancio Ortega is one of the richest businessman and fashion founders in Europe. He is behind some of the most famous brands, such as Zara, Tempe, and Breshka.

Despite being the richest man in the world, Ortega leads a very normal everyday life. Although retired from CEO in 2011, he visits the Inditex Headquarters in La Coruña daily, the same place he grew up. He still contributes product ideas, from his 60 years of retail experience, and he is often seen tucking into lunch in the work canteen.

The Ortega family struggled to live through poverty, driving Amancio to leave school at 14 and work for a local shirt maker.

Ortega left school at an early age and moved to A Coruna at the age of 14. Shortly after, he found a job as a shop hand for a local shirtmaker called Gala where he learnt to make clothes by hand.

Born into poverty, Ortega Gaona has accumulated enormous wealth, openness, and modesty, remaining his main personality traits. Known for having been a publicist mystery for decades, Amancio Ortega is a true media nightmare, as neither Spain richest man nor any of his relatives have ever given public interviews.

His public appearances in the year 2000, as a part of the warm-up prior to his company IPO on the stock market in 2001, made headlines in the Spanish financial press. Ortega was, moreover, the only one who was ever granted interviews with three journalists.

In the year 2009, Zara was a part of the Inditex Group, of which Ortega owned 59.29% and, aside from around 6000 stores, included the brands Zara, Tempe, Pull, Bershka, Stradivarius, Oysho, Massimo Dutti, and Zara Home.

In the year 2011, Ortega announced his imminent retirement from Inditex, Parents Company to the Zara chain, stating that he would ask Inditex Vice-President and CEO, Pablo Isla to take his place.

After making a fortune in clothing, Amancio Ortega now has turned his attention to real estate. Ortega, 84, has diversified his fashion fortune to preserve his sizable wealth and investing the proceeds of Zara parent Inditex SA into a growing global real estate empire. Since the retailer’s initial public offering in 2001, Ortega has received more than $9 billion of dividends, data compiled by Bloomberg show.

Ortega typically earns more than $400 million in dividends a year.

He has invested his dividends primarily into real estate in Madrid, Barcelona, London, Chicago, Miami and New York.

Aside from real estate, Ortega has also invested in energy and telecommunications.

The son of a railway worker, Amancio Ortega is Spain’s richest person and 6th richest person in the world with a net worth of $73.6 billion, according to the Forbes World's Billionaires List.

Now that you know about Amancio Ortega’s net worth and how he achieved success. Let’s take a look at some of the lessons we can learn from him:

Little is known about the retail company because he makes a lot of effort to avoid having to talk to the press. He once said: “You must appear three times in the newspapers: when you are born when you get married, and when you die.”

Don't be discouraged if you are not the life of the party because you can still run a profitable business.

2- Be humble and modest
Being successful in life does not mean that you can’t still be modest and humble. Having those traits can be extremely beneficial for both your personal and professional lives. Humility has been found to help us cope better with anxiety, become better leaders and workers, have more self-control, and be more willing to help others.

3- Good things come to those who wait
Even though ten years may seem like an eternity when establishing a business, it paid off. Being patient gives you the chance to wait, watch, and know when to act in all segments of your life. Instead of acting inappropriately, with patience, you can step back, regroup, and make the best decision possible.

Unprivileged childhood conditions and no MBA degree obtained have made Amancio the man he is: possessing an entrepreneurial spirit, deeply involved with all the business routine while keeping a low profile. Despite his fashion business, Amancio Ortega has no interest in wearing brands himself, being seemingly the only person who does not wear Inditex’s garments. His outfits’ preferences are as modest as his lifestyle: no tie, a simple white shirt, a blue uniform blazer, and grey trousers, – none of those branded.