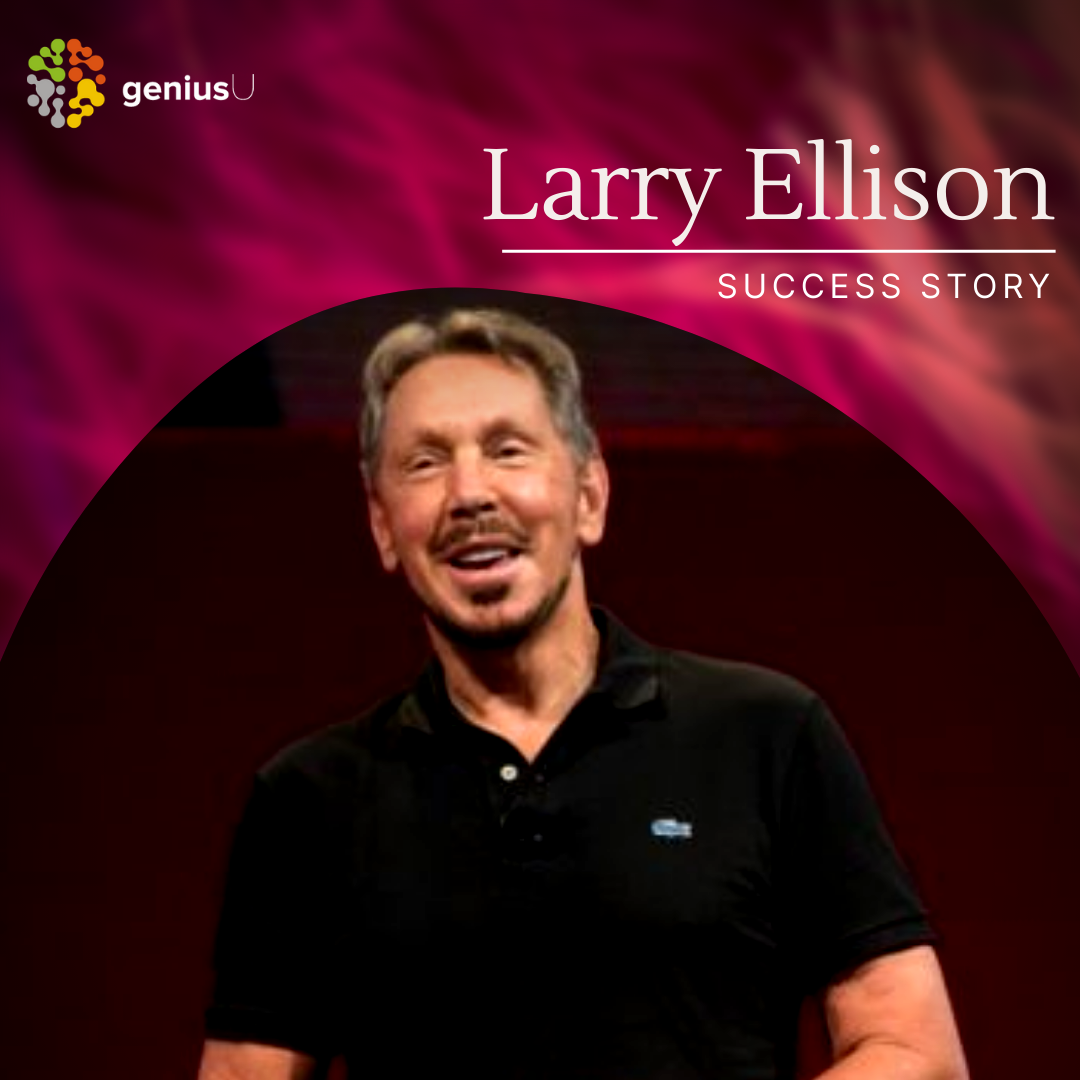 Larry Ellison is an American entrepreneur, chairman, chief technology officer and co-founder of software giant Oracle, of which he owns about 35.4%. He is the 5th richest man in the world with a net worth $89.3 billion.

Raised by his aunt and uncle who adopted him when he was nine months old.

Ellison did his early schooling at the Eugene Field Elementary School in Chicago. Then he joined the Sullivan High School in 1959 before moving on to South Shore. Ellison was an intelligent kid but did not take interest in the subjects that were being taught at school. He joined the University of Illinois but didn’t pursue further because of the sudden death of his adoptive mother.

He joined the University of Chicago where he came across computer design as a really interesting subject. In the year 1966, he moved to California. He was 22 at that time. In the 1970s Ellison worked for Ampex Corporation. He had the opportunity to work on a project for the CIA which included creating databases for their systems. Ellison was inspired by the paper written by Edgar F.Codd on relational database systems. This paper was called, ‘A Relational Model of Data for Large Shared Data Banks’.

In the year 1977, he approached two partners for starting a company. They named it Software Development Laboratories (SDL). The three of them started with an investment of $2000. In 1979 they renamed the company ‘Relational Software Inc.’ Slowly they were working on creating databases for storing and managing data better. In 1982, they named their company Oracle Systems Corporation.

Ellison had a big dream. He wanted his company to create a database that could achieve compatibility with the IBM System r database. But IBM refused to share System R’s code with Ellison. But Ellison was determined to take his company to the No.1 spot in selling databases. In 1990 10% of the staff had to be removed as the indirect result of a false sales strategy. Ellison later admitted that the mistake he made was a really bad one and could have done lots of harm to the company.

When IBM delayed its entry into the relational database market, Ellison saw the opportunity to dominate the market in the mid-range systems and microcomputers category.  He pushed for an aggressive sales strategy, as a result of which Oracle was now one of the top companies in the world because of the little or no competition it had. In 1991, Oracle had a good percentage of the market share and was growing at a steady rate. In 1994, Informix became Oracle’s biggest rival. But in 1997, Informix announced a revenue shortfall and thus made Oracle the dominant force in the market.

Ellison was made the director of Apple Computers in 1997. In 2007, Ellison earned a total of $61,180,524. In the year 2009, he made around $57 million. Ellison decided in 2009 to buy Sun Microsystems giving Oracle control of the popular MySQL open-source database which Sun had purchased in 2008. Ellison was reported by The Wall Street Journal to be the best-paid CEO in the last decade. He had collected an astonishing $1.84 billion.

In 2012, Ellison spent $300 million to buy nearly all of Hawaiian island Lanai; so far, he has built a hydroponic farm and a luxury spa there.
Ellison joined Tesla's board in December 2018, after purchasing 3 million Tesla shares earlier that year.

Oracle has grown in part through steady acquisitions of software companies, the biggest of which was $9.3 billion for Netsuite in 2016.
In May 2016, Ellison pledged $200 million to the University of Southern California for a cancer treatment center.

What makes Ellison different from others is the business acumen he applied in taking his company from being a start-up to be one of the most popular companies in the world. This was also because of his grit in accepting his mistakes and learning from them. Using the experience he gained from his failures,  he made the right decisions at the right time to propel his company to became an undisputed leader in its field.