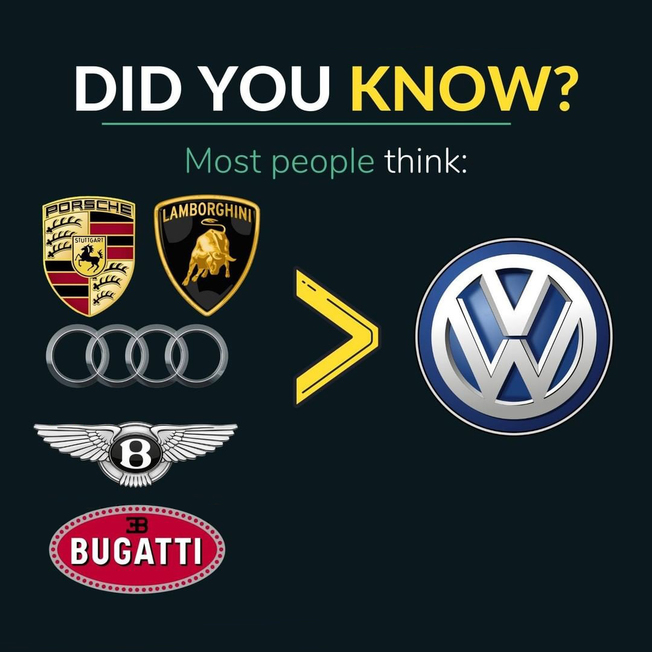 Most people think the companies on the left are bigger than Volkswagen. That's because those cars seem more luxurious and expensive.

Truth is Volkswagen owns all those companies. Yeah, hard to believe right?

Volkswagen is one of the biggest car manufacturers in the world. The company was founded in 1937 by the German Labour Front. The word "Volkswagen" is a German word that means "the peoples' car." Can't beat those German engineers!

VW has come a long way and achieved plenty of success with its well-planned and executed international marketing strategies.

What are your thoughts on the company? Let us know in the comments section below.