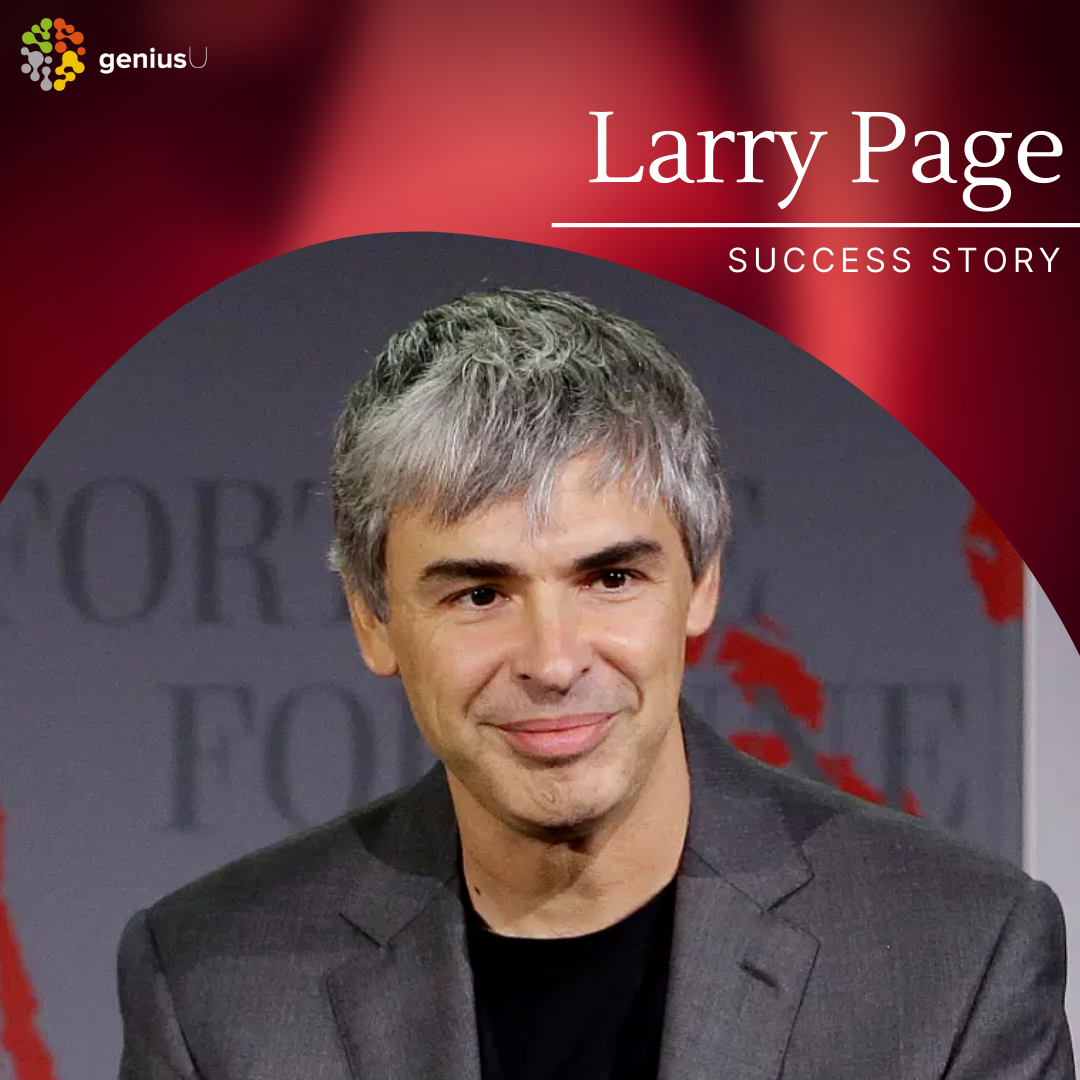 It's hard to believe that one of the world's most successful CEOs started his company with no idea of how it could make money. Larry Page, born in Lansing, Michigan, in 1973, is an icon of the web, headed one of the most successful companies through a transitional period in internet history. He has an inspiring and very interesting story that we as an entrepreneur can learn from.

Born into a family that radiated computing, Larry Page's early life was spent surrounded by math and its products.

From early computers to high-end scientific calculators, his father's obsession for computing and incredible advances in the science behind early computers caused a deep desire to succeed in Larry, particularly in the fields of computer science and technology. He achieved early success with computers, becoming the first student at his high school to use an early computer to complete a science project. His family's obsession with technology and unique style caused him to believe early in his life that he would probably start his own company, rather than spending his life working for someone else.

As with all great predictions, this one came true, and during his studies at Stanford University, a young Larry Page ran into Sergey Brin, an immigrant science student from the Soviet Union. At first, they clashed, bringing new ideas into arguments and generally acting fairly abrasively to each other. However, over time they became close friends and intellectual equals' for each other.

Their collaboration on various projects at Stanford resulted in BackRub, an early search engine that indexed pages around the school's intranet and made them searchable for users. The project was an immense hit at the university, attracting praise and remarks about its potential for helping the world to access information. It also became a major source of spent time for Page and Brin. Google became such a time-sink for the pair that they made several attempts to sell it early in its lifespan, often for values far below what you would have expected. However, instead of any sales, they received immense attention from investors.

The site received venture funding and later grew into one of the world's most popular and profitable web services. As it grew, so did Larry's role within the company. Feeling out of his depths, he hired Eric Schmidt, a former software engineer, to head the company. Page was CEO until 2001, when Eric Schmidt took over, and then from 2011 until 2015 when he became CEO of Google's new parent company Alphabet. Larry Page stepped down as CEO of Alphabet, the parent of Google, in December 2019 but remains a board member and a controlling shareholder.

He is also a founding investor in space exploration company Planetary Resources and is also funding "flying car" startups Kitty Hawk and Opener.

As of this month, Larry has an estimated personal net worth of $89.5 billion, according to Forbes making him the 13th richest person in the world

From his early beginnings as a computer guru to his later success creating one of the world's most successful websites, Larry Page's career has shown the importance of intellectual curiosity. If you want to be even a fraction as successful as the 'Google Wizards' it's important to question how your projects will help the world, how they can make money, and how they can truly contribute.