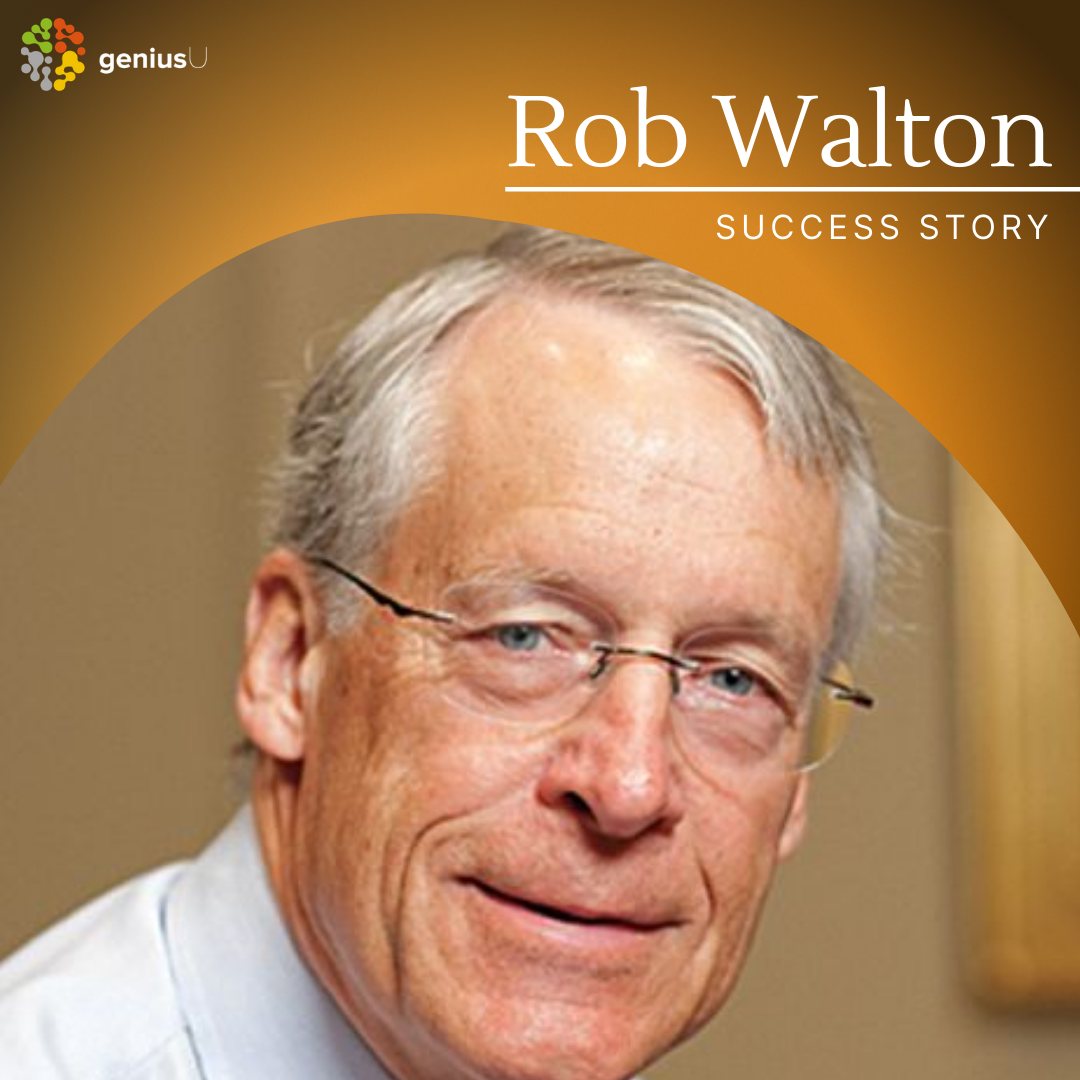 Samuel Robson "Rob" Walton (born October 28, 1944) is an heir to the fortune of Walmart, the world's largest retailer. He is the eldest son of Helen Walton and Sam Walton. He was chairman of Walmart from 1992 to 2015. As of February 2021, Walton had a net worth of $67.5 billion, making him the 10th richest person in the world.

Rob was a student at The College of Wooster. He went to the University of Arkansas. He did his Bachelor of Science in business administration. He got his jurisprudence doctorate degree in 1969 from the Columbia University School of Law department, New York.

Rob Walton joined a law firm and was a member of the law firm Conner and Winters in Tulsa Oklahoma. The firm had Walmart among its clientele. He left the firm to join his father’s company. He occupied the posts of senior vice president, secretary and general counsel and vice chairman at Walmart. He played a pivotal role in creating a global presence for Walmart. Rob was interested in the real estate and legal aspects of the company.

Rob was part of the Walmart Board of Directors since 1978. He was made the Chairman of the Board in April 1992 following his father's death. He retired as chairman in June 2015 and was replaced by his son-in-law, Greg Penner. He still sits on Walmart's board.

Rob Walton had set up the Walton Family Foundation. The Foundation donated close to $300 million to the University of Arkansas.

Rob Walton also has a keen interest in automobiles. His vintage car collection includes a 4 Ferrari’s, a 1965 Shelby Cobra, a 1960 Maserati, and a 1958 Scarab. Rob has a house in Paradise Valley, Arizona. This is located near the base of Camelback Mountain.

We hope that Rob's story inspired you, do let us know your thoughts in the comments section below.