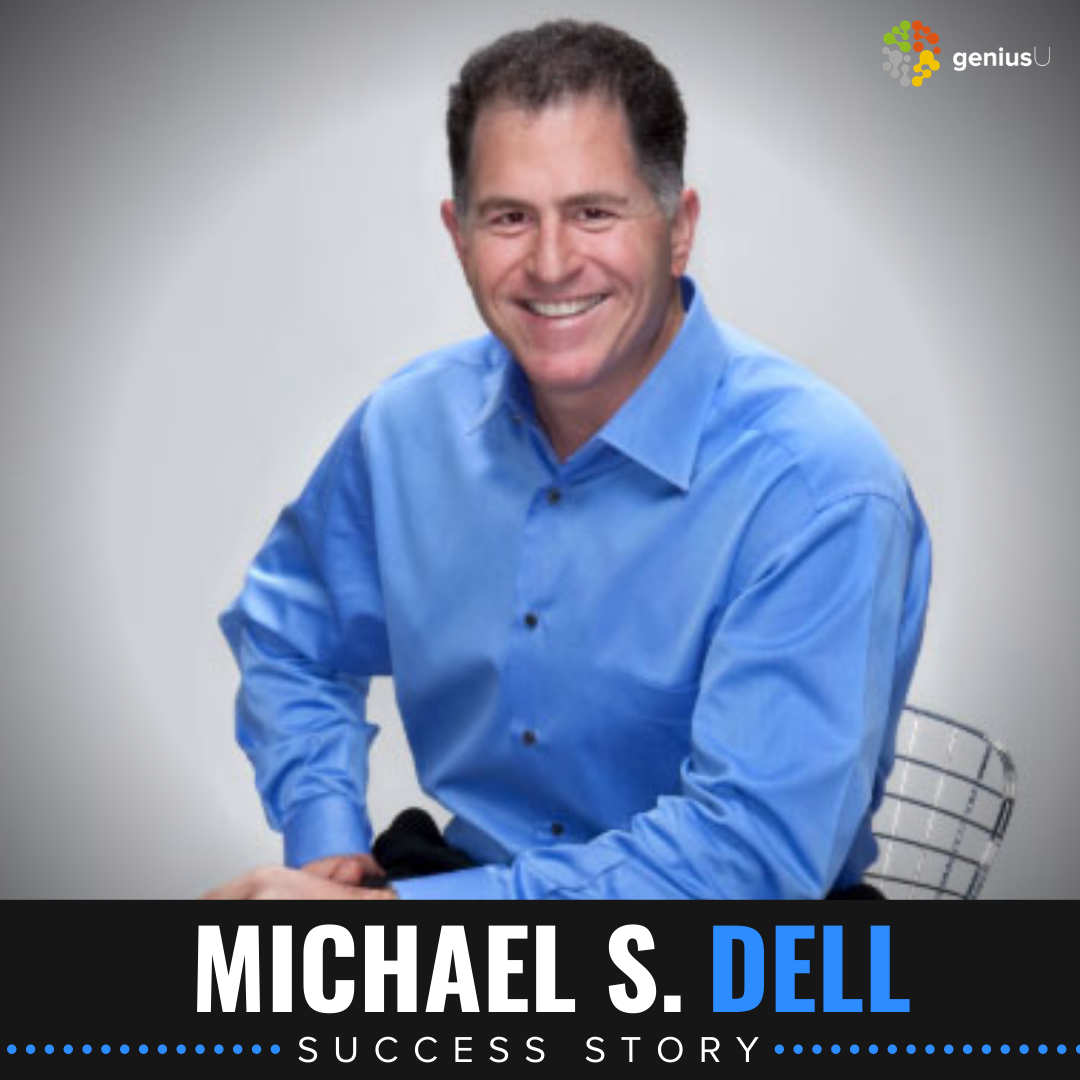 Being naturally inclined towards entrepreneurship from the very childhood days and a zeal to do something extraordinary made this Houston, Texas-based man the Youngest CEO of a Fortune 500 company just at the age of 27.

Having started off from a room of a residential building with just $1000 as venture capital investment for his entrepreneurship project, Michael Saul Dell's clear envision and an entrepreneurship bent of mind helped him stand out and establish an internationally acclaimed and one of the most reputed computer manufacturing brands known as Dell Inc. today.

Born in 1965 to an Orthodontist, Alexander Dell and a stockbroker Loraine Charlotte, Michael Saul Dell was very clear about his dreams of setting up a company, which made him apply and sit for a high school equivalency exam. Despite having enrolled for a pre-med course, Dell's natural call of entrepreneurship and starting a company of his own, made him abandon his course and pursue his dream and destination that was clearly mapped in his mind.

Michael from his very childhood days was pretty clearly aware of the language of money and therefore invested all his savings in buying stocks and for buying precious metals. These endeavours gave him an edge and prepared him early for his venture later on.

However; other than being naturally inclined towards investments and earning money, Dell was also momentarily fascinated by the world of computers and computing tools like calculators. He started pursuing this new knack of his and his several experimentation and studies with these devices made him realize and eye the venues of making profits out of this field. He soon set up a target customer group and started collecting the names and numbers of his potential clients from the mortgage and marriage applications that he received while selling subscriptions for the Houston Post.

Michael Dell then pursued this business option more seriously and by utilizing his knowledge of the working of computers, Dell started selling upgraded PC kits and additional computer components to these clients. He thereafter launched his own company with the name of “Dell Computer Corporation” (today is known as Dell Inc) with a small staff, consisting of a small group of order takers, manufacturers and staff for order fulfilment

.Michael S. Dell's dream of setting up a corporation thereafter started taking a shape and Dell Inc. soon started selling computer over the internet to become the largest PC maker in the World. Michael S. Dell became the youngest CEO of a Fortune 500 company in 1992 and by the year 1998 after making huge profits. Michael Dell, the chairman of the board of directors and chief executive officer of Dell, ventured into the different niche by setting up a capital investment firm by the name of MSD Capital L.P to manage his funds and investments.

Today, Michael S. Dell is not only recognized as a business tycoon and entrepreneurs but also a major philanthropist, who carries out his numerous philanthropic works concentrating primarily on urban education, family economic stability, grants and child health through his NGO, Michael and Susan Dell Foundation. Michael Dell has reportedly donated approximately $1 billions through his foundation.