This is the story of Mark Wahlberg - From Neighborhood Tough To Box-Office Royalty! 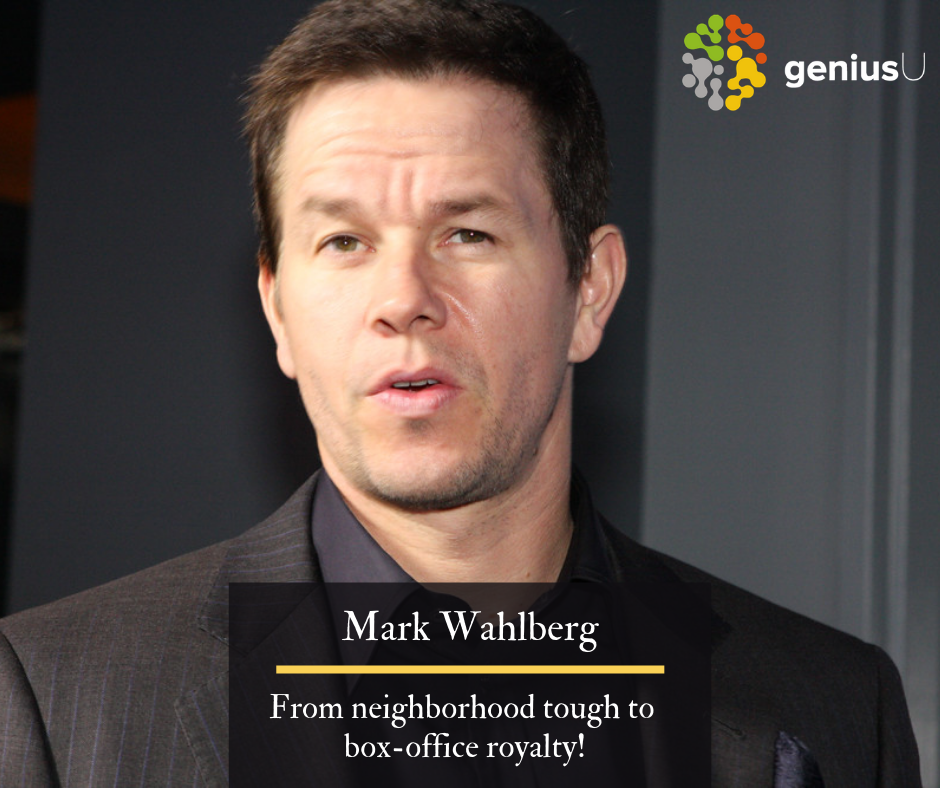 We all love to hear a good secret. Especially when those secrets come from successful people. Secrets have the potential to reveal a piece of knowledge that may explain how this person achieved their success.

The guy isn't just an absolute beast in the gym—he's also a stellar actor, a smart businessman, and to top it off, he’s completely down to earth. But behind MarkWahlberg’s successful career, beautiful family, and charming smile, you’ll discover a man whose journey displays deepest struggles.

Growing up on the streets of Boston, Wahlberg frequently got into trouble—he fought, used drugs, and even spent time in prison. Then, there was the whole "Marky Mark" phase and the Calvin Klein modeling. Who would have guessed Wahlberg would become one of the most well-known actors and producers? He proved everyone wrong!

Born to Irish immigrant parents in Boston's crime-heavy 'Southie' district, Mark Wahlberg's early years were filled with difficulties. The youngest child in a family of nine children, he was a high-energy child from his early days, exploring the neighborhood while attending the Copley Square High School nearby. However, unlike many of his peers, Wahlberg never finished high school. In fact, rather than using his educational #opportunities as a path out of the city's poorest district, he turned to street crime in an attempt to break out.

As a young teenager, Wahlberg sold drugs openly in his neighborhood, and eventually grew dangerously addicted to cocaine and various other stimulants. His addiction turned into violence, and by the time he was eighteen years old, Wahlberg estimated that he'd been pursued by the city's police department over twenty times. His behavior culminated in a vicious attack on a local man, who was left blinded in one eye after Wahlberg attacked him in a desperate search for drug money. The beating landed him a two-year sentence in a local prison.

At the age of 14, Wahlberg dropped out of school to start making his living on the tough streets of Boston. He got involved with stealing and selling drugs, and a fight that went too far put him behind bars for 45 days. While many people might consider getting thrown in jail as hitting rock bottom, Wahlberg calls this experience a turning point in his life. He weaned himself off drugs and made efforts to improve his life and decided that it was time to change his ways.

He used his time in jail to reflect on his life and ultimately decided that he would devote himself to becoming a better man. He recognized that he had made mistakes, but he didn’t dwell on them. Instead, he vowed to give himself some direction in life.

With focus and a clean lifestyle came early successes. Wahlberg was cast in a series of commercials, capitalizing on his muscular physique and mysterious nature. He started a band and became a hit singer, earning his former 'Marky Mark' title. While he was never a superstar, his newfound fame and success earned him a source of income and paved the way for future opportunities.

With every new film, Wahlberg’s unparalleled success mounted as countless. Additionally, Wahlberg was nominated for more than 50 awards — including 2 Academy Awards, 2 Golden Globe Awards, and 7 Primetime Emmy Awards and countless others and the rest is history.

A big key to success is to love what you do, and we don’t doubt that Wahlberg’s living his dream. Around the time he filmed, Fear is when he “fell in love” with acting. Whether it’s comedy, drama, or an action-packed blockbuster, he just kills it. Throughout his great success as a young actor, Mark remained determined to inspire other young men to leave the street-life behind, encouraging them that “clean living is rewarding.”

He's a real-deal businessman, Wahlberg isn't just a successful actor, he's a producer as well. Entourage, Boardwalk Empire, How to Make it in America, The Fighter, Contraband, Lone Survivor—the list of executive producer and producer credits goes on. He also has his own line of supplements, electrolyte-enhanced water called AQUAhydrate, and a stake in a Caribbean cricket team.

Much of Mark Wahlberg’s success has been shaped by discipline. It’s easy to see that discipline with his fitness and diet has helped Wahlberg to maintain his famously well-defined body throughout his career.
He says, “Between my physical fitness and my faith I have so much discipline in my life, and I have such a positive outlook on life and the opportunities that I have.”

Taking on challenges is Wahlberg’s secret to success in the variety of films he has performed in, but with that, he also ensures that he is fully prepared for each role.
He says, “I’m never one that shies away from a challenge, I usually jump at the opportunity to do something different and unexpected.”

But despite his successful acting career, Mark Wahlberg doesn’t consider it his biggest blessing. Instead of seeking the fleeting love of fame and fortune, Mark Wahlberg remains a devoted husband and family man.

If Mark Wahlberg's career demonstrates anything, it's that there's a great deal of opportunity waiting out there for those that are willing to search for it, no matter their background or upbringing. With a slate of convictions in his late teens and a month spent in prison, Wahlberg broke through the crime that surrounded him and made himself a successful person. Everyone makes mistakes. The difference between those who achieve success and those who don’t is how they handle their mistakes. Mark Wahlberg’s early life is a perfect example of this. That is something that demands true respect.