The Incredible Story Of Michael Jordan 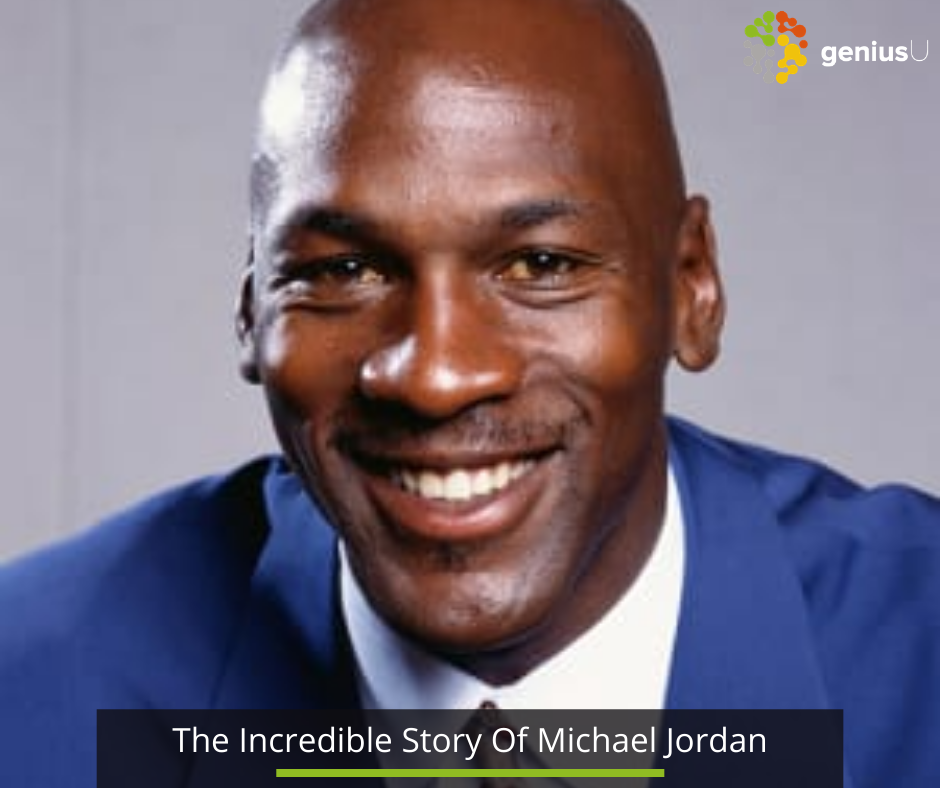 Basketball superstar Michael Jordan is one of the most successful, popular, and wealthy athletes in college, Olympic, and professional sports history. In 2014, Jordan became the first billionaire player in NBA history. With a net worth of $2.1 billion, he is the fourth-richest African American, behind Robert F. Smith, David Steward, and Oprah Winfrey.

Michael Jordan was born on February 17, 1963, in Brooklyn, New York, one of James and Deloris Jordan's five children. The family moved to Wilmington, North Carolina when Michael was very young. His father worked as a General Electric plant supervisor, and his mother worked at a bank.

His father taught him to work hard and not to be tempted by street life and his mother taught him to sew, clean, and do laundry. Jordan loved sports but failed to make his high school basketball team as a sophomore. He continued to practice and made the team the next year. After high school, he accepted a basketball scholarship to the University of North Carolina, where he played under head coach Dean Smith.

In Jordan's first season at North Carolina, he was named Atlantic Coast Conference (ACC) Rookie of the Year for 1982. The team won the ACC championship, and Jordan made the clutch jump shot that beat Georgetown University for the championship of the National Collegiate Athletic Association (NCAA). Jordan led the ACC in scoring as a sophomore and as a junior.

The Sporting News named him college player of the year for both years. He left North Carolina after his junior year and was selected by the Chicago Bulls of the National Basketball Association (NBA) as the third pick of the 1984 draft. Before joining the Bulls, Jordan was a member of Summer 1984 the United States Olympic basketball team that won the gold medal in Los Angeles, California.

When Jordan was drafted by the Chicago Bulls they were a losing team, drawing only around six thousand fans to home games. Jordan quickly turned that around. His style of play and fierce spirit of competition reminded sportswriters and fans of Julius Erving (1950–), who had been a superstar player during the 1970s. Jordan's incredible leaping ability and hang time thrilled fans in arenas around the league. In his first season, he was named to the All-Star team and was later honored as the league's Rookie of the Year.

A broken foot sidelined Jordan for 64 games during the 1985–86 season, but he returned to score 49 points against the Boston Celtics in the first game of the playoffs and 63 in the second game—an NBA playoff record. The 1986–87 season was again one of the individual successes, and Jordan started in the All-Star game after receiving a record 1.5 million votes. He became the first player since Wilt Chamberlain (1936–1999) to score 3,000 points in a single season.

Jordan enjoyed personal success, but his Chicago team did not advance beyond the first round of the playoffs until 1988. Jordan concentrated on improving his other basketball skills, and in 1988 he was named Defensive Player of the Year. He was also named the league's Most Valuable Player (MVP) and became the first player to lead the league in both scoring and steals. He was again named MVP in that year's All-Star game.

By adding such players as Scottie Pippen, Bill Cartwright, Horace Grant, and John Paxson around Jordan, the Bulls' management created a strong team that won the 1991 NBA title by defeating the Los Angeles Lakers. The next year, the Bulls repeated as NBA champions by beating the Portland Trail Blazers.

In 1992 Jordan also played on the "Dream Team," which participated in the Summer Olympic Games in Barcelona, Spain. The Olympic Committee had voted to lift the ban on professional athletes participating in the games. The team easily won the gold medal, winning their eight games by an average margin of 43.7 points.

In 1993, after a tough playoff series with the New York Knicks, the Bulls met the Phoenix Suns for the NBA championship. When it was over, Jordan was again playoff MVP, and Chicago had won a third straight title. That summer Jordan's father, James, was murdered by two men during a robbery attempt. Jordan was grief-stricken, and his father's death, combined with media reports about his gambling, led him to announce his retirement from professional basketball in October.

When Jordan returned to the Chicago Bulls during the 1994–95 regular season, people wondered, "Could he do it again?" He played well, but he was obviously rusty. The Bulls were defeated in the playoffs by the Orlando Magic.

After a summer of playing basketball during breaks from filming the live-action cartoon movie Space Jam, Jordan returned with a fierce determination to prove that he had the ability to get back on top. The 1995–96 Bulls finished the regular season 72–10, an NBA record for most wins in a season, and Jordan, with his shooting rhythm back, earned his eighth scoring title. He also became the tenth NBA player to score 25,000 career points and second fastest after Chamberlain to reach that mark. The Bulls went on to win their fourth NBA championship, overpowering the Seattle Supersonics in six games.

Few who watched will ever forget how Jordan sank to his knees, head bent over the winning ball, in a moment of bittersweet victory and deep sadness. The game had been played on Father's Day, three years after his father's murder.

The defending champions had a tougher time during the 1996–97 season but entered the playoffs as expected. Sheer determination took the Bulls to their fifth NBA championship. Illness, injury, and at times a lack of concentration hurt the team. In the fifth game of the finals, Jordan carried the team to victory despite suffering from a stomach virus. In the 1997–98 season, the Bulls were again in the playoffs, and again they faced tough competition. As before, they were able to clinch the NBA championship, and Jordan claimed his sixth NBA finals MVP award.

Jordan's other professional life as a businessman was never off track. Profitable endorsements (ads in which he voiced his support for certain products) for companies such as Nike and Wheaties, as well as his own golf company and products such as Michael Jordan cologne (which reportedly sold 1.5 million bottles in its first two months), made Jordan a multimillionaire.

In 1997 he was ranked the world's highest-paid athlete, with a $30 million contract—the largest one-year salary in sports history—and approximately $40 million a year in endorsement fees.

Jordan retired for a second time in 1999, ending his career on a high note just after the official end of a labor dispute between NBA players and team owners. Many people saw him as the greatest basketball player ever, and his retirement was called the end of an era.

In 2000 Jordan became part-owner and president of basketball operations of the Washington Wizards. This made him only the third African American owner in the NBA. He also gained an ownership stake in the Washington Capitals hockey team. Also in 2000, Jordan celebrated the first year of his $1 million grant program to help teachers make a difference in their schools.

In September 2001, after months of rumors, Jordan announced that he was ending his three-year retirement to play for the Wizards at age thirty-eight. At a news conference to discuss his comeback, he said, "Physically, I know I'm not twenty-five years old, but I feel I can play the game of basketball on the highest level." The Wizards, who had won only nineteen games the season before, improved with the addition of Jordan. After being voted to play in his thirteenth All-Star game (during which he missed a slam dunk), Jordan had the Wizards in the race for the playoffs until suffering a knee injury and missing the last part of the season. He was also distracted in January 2002 when his wife Juanita, whom he married in 1989, filed for divorce. (They have three children.) The next month the divorce was called off. Jordan said he planned to play one more season for the Wizards.

On September 21, 2020, Jordan and NASCAR driver Denny Hamlin announced they would be fielding a NASCAR team with Bubba Wallace driving, beginning competition in the 2021 season. On October 22, the team's name was confirmed to be 23XI Racing (pronounced twenty-three eleven) and the team's entry will bear the number 23.

Jordan's story reminds us it's never too late to follow our dreams and our passions.