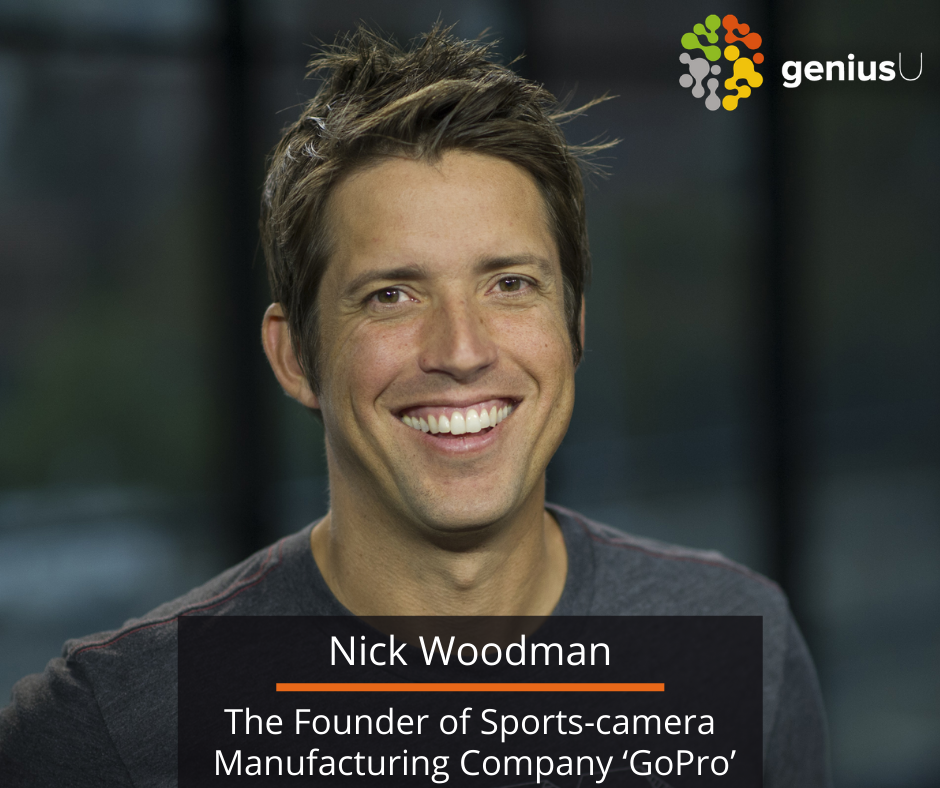 Woodman was born on 24 June 1975 to Concepcion and Dean Woodman. He spent his childhood in Menlo Park and Atherton, California. His father founded the Robertson Stephens, an investment bank based in San Francisco. He did his high school at Menlo School and then attended the University of California, San Diego, where he graduated in visual arts, with a minor in creative writing in 1997.

Woodman was always curious about starting up his own business. He began with an eCommerce website named EmpowerAll.com, which was outlined to sell electronic goods for no more than a $2 profit but it wasn't successful. Later, he launched a gaming and marketing platform, Funbug, again which could not live up to the mark.

It was then when he was traveling to Australia and Indonesia for a trip that he stumbled upon a new idea with potential. He'd always loved to surf, and whilst surfing in Australia during his trip, he tried to capture his adventure on camera. Woodman asked his friends to click his pictures while surfing, but they all failed. Later, Woodman tried to take the pictures himself by attaching the camera to his hands with a rubber band, but again it was all in vain.

These issues led him to brainstorm about developing ways to help people with such needs. The idea of developing a camera that could be attached with a belt came to mind. Woodman borrowed a sewing machine from his mother and started experimenting with different designs to formulate belts for cameras.

He also took a loan of $200,000 from his father and $35,000 from his mother in order to start the business. He also invested his own savings, around $10,000, which he obtained from selling the sea-shells that he had brought in Bali and sold on the California coast.

In 2002, GoPro was born. The name was inspired by the Pro surfers who got their pictures taken by professional photographers. Initially, the company focused on developing camera models with a ‘point and shoot' property, in order to get high-quality pictures instantly.

The first model from the company was manufactured by a Chinese company named Hotax. The model was a 35mm film camera, attached with the belt designed by Woodman himself, after a few modifications in the design. The retail cost for the camera was set at $30. With the success of the camera, it went through a few improvements like support for Wifi, waterproof housing, and the addition of an SD card.

GoPro made a series of job cuts in 2016-2018. In January 2016, it cut 100 jobs or 7% of his workforce. In November 2016, GoPro cut an additional 15% of its workforce after attempting to branch out beyond its core business of action cameras, as the entertainment division failed to reach profitability. Additional layoffs followed in March 2017.

In January 2018, GoPro announced they were removing drones from their product lineup and reducing the workforce from 1,254 employees to fewer than 1,000 and Woodman announced that he was open to selling GoPro. With the layoffs, GoPro went back to its earlier, flatter structure. "We decided to simplify everything and get back to the business that we knew and loved as a private company," Woodman says.

With the many changes at and involving GoPro, including numerous job cuts and falling stock prices, Woodman was named in a 2016 Fox Business article as one of the year's worst CEOs.

Try, try, and try, these are the basic rules for achieving your goals.

If you fail once, you have to try harder next time, as giving up will lead you to nowhere, but failure.

Except, if you keep trying, there will be a day when you will thank yourself for your own hard work and sustainability.

The American businessman Nick Woodman also believes in the power of trying, and after failing in his first two startups, his third startup, ‘Go Pro‘, helped him achieve his dreams, and he finally, built a billion-dollar empire for himself.