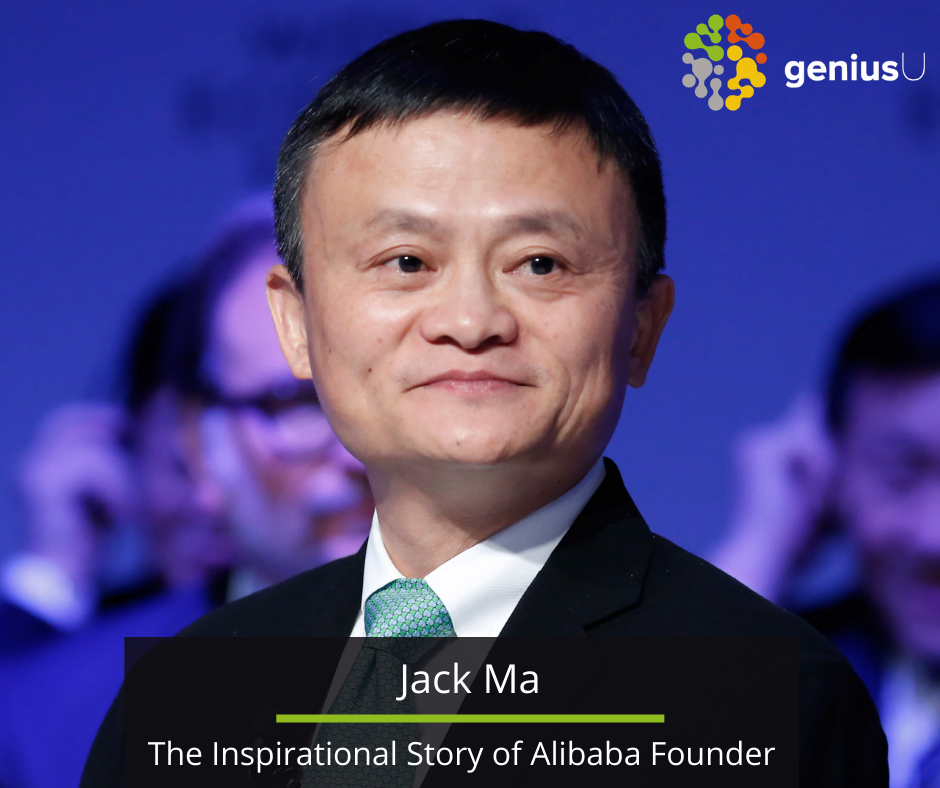 Jack Ma is the founder of the E-commerce giant Alibaba and is a stakeholder at Alipay, it's a sister company which is an e-payment portal. He is now officially the richest man in China with an estimated net worth of 5,040 crores USD. In 2019, Forbes named Ma in its list of "Asia's 2019 Heroes of Philanthropy" for his work supporting underprivileged communities in China, Africa, Australia, and the Middle East.

This might be beginning to seem like the story of an arrogant and rich billionaire who hasn’t seen the dark. But don’t be mistaken by the numbers that you see above, they can fool anyone. Although as simple as it may sound, Jack Ma has had it hard in his life to get to where he is today. A true rags-to-riches story and definitely a one which will inspire you even in your darkest days.

Ma Yun a.k.a. Jack Ma is one of those self-made billionaires with humble beginnings. Jack Ma was born in Hangzhou, located in the south-eastern part of China. He was born and raised along with an elder brother and a younger sister during the rise of communist China and its isolation from the Western regions. His parents were traditional Musicians-Storytellers and they didn’t make enough to be even considered as a middle class during those days.

Former US president Richard Nixon’s visit to Hangzhou in 1972 improved the situation of tourism in his home-town and Jack wanted to make the most of this opportunity. Jack always wanted to learn English as a kid and he spent his early mornings riding on his bike to a nearby park, giving English tours to foreigners for free. It was then he met a foreign girl who gave him the nickname ‘Jack’ for his name was hard to spell for her.

Jack, after graduating with a Bachelor’s degree in English, worked as an English teacher at Hangzhou Dianzi University with a pay of $12 a month! Now here comes the part where it gets more interesting, even before he has received that degree and became an English teacher.

Jack Ma was an extremely lucky bloke who just became a billionaire in a snap. But it is safe to know that Rejections are synonymous with Jack Ma. You wouldn’t believe the number of times this man has been rejected and failed.

In his early childhood, Jack Ma Failed in his Primary School examinations, not once, but twice! He Failed Thrice during his Middle School exams. When applying to universities after his High school, Jack failed the entrance exams thrice, before finally joining Hangzhou Normal University. He even applied and wrote to Harvard University ten times about being admitted – and got rejected each time. This was only during his education!

During and after his Bachelor’s degree Jack tried and failed to get a job at a multitude of places. After spending three years to get into a University, Jack failed to land a job after applying to them 30 times! He recollects in his interview, “When KFC came to China, 24 people went for the job. Twenty-three people were accepted. I was the only guy who wasn’t.” He also one of the 5 applicants for a job in the Police force and was the only one getting rejected after being told, “No, you’re no good.”

Also, on his Entrepreneurial undertakings, Jack Ma went on to fail on two of his initial ventures. But that didn’t stop him in any way from dreaming bigger. Down, but Not Out!

In one of his interviews, when asked about his rejections, this is what he had to say, “Well, I think we have to get used to it. We’re not that good.” Overcoming the pain of rejections and treating rejections as opportunities to learn and grow was what Jack Ma made of it.

After finally coming to terms with all of his rejections and failures, Jack Ma visited the US in 1995, for a Government undertaking project related to the building of highways. It was then that Jack Ma was first introduced to the Internet and Computers. Computers were pretty rare in China then, given the high costs associated with them and the Internet or E-mails were non-existent. The first word he searched on the Mosaic browser was ‘Beer’, and it popped out results from different countries, but signs of China anywhere. He then searched ‘China’ and not a single result popped out! He decided it was time for China and its people to get on the Internet.

Finally, after persuading 17 of his other friends to invest and join him in his new e-commerce startup – Alibaba, the company began from his apartment. Initially, Alibaba didn’t have a single penny in investment from outside investors, but they later raised $20 Million from SoftBank and another $5 Million from Goldman Sachs in 1999. Building trust among the people of China that an online system of payment and package transfers is safe was the biggest challenge Jack Ma and Alibaba faced, a challenge that Jack will cherish for his lifetime.

Having started his first successful company at the age of 31 and even after never having written a single line of code or selling something to anyone, Jack Ma runs one of the biggest E-commerce networks in the world. The company went on to grow rapidly, expanding all across the world, quickly growing out of its China shell. Only second to Walmart now in terms of sales per year, Alibaba has become the E-commerce giant that Jack Ma has envisioned for it.

This is the story of the exceptionally optimistic and determined Entrepreneur who has changed the face of business and the Internet in China and across the world.

So what do you think about Jack Ma and his Entrepreneurial journey so for with Alibaba? Shout out your thoughts and comments about this business tycoon below.