Anita Roddick - Cosmetics With A Conscience 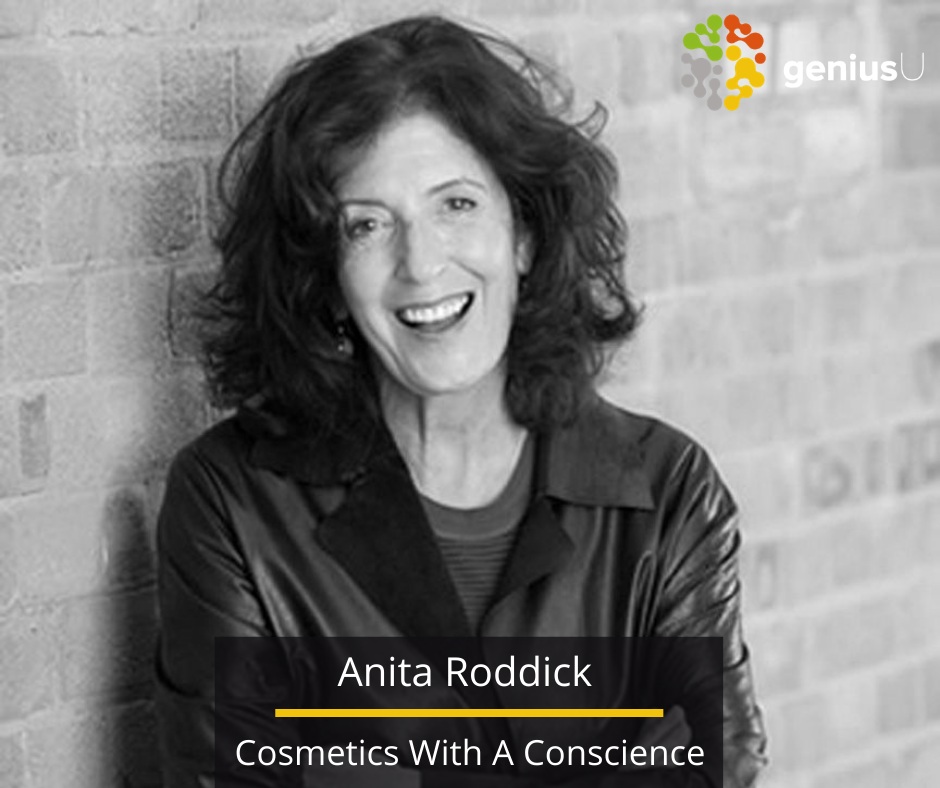 "If you think you're too small to have an impact, try going to bed with a mosquito." - Anita Roddick

When Anita Roddick opened her first Body Shop, she didn't expect to get rich. She just hoped to survive. Her plan was disarmingly simple-she would create a line of cosmetics from natural ingredients and rather than rely on the vanity to sell her products, she would appeal to her customers' concern for the environment. Through a combination of low-key marketing, consumer education, and social activism, The Body Shop Ltd. rewrote the rulebook for the $16 billion global cosmetics business and made Roddick one of the richest women in England.

Born in 1942, Anita Perella was the third of four children in one of the few Italian immigrant families in Littlehampton, England. Her mother steered her into the teaching profession, but Roddick's craving for adventure was too strong to keep her in the classroom. After a year in Paris in the library of the International Herald Tribune and another year in Geneva working for the United Nations, she hit what she calls "the hippie trail," traveling through Europe, the South Pacific and Africa. During her journeys, she became acquainted with the rituals and customs of many Third World cultures, including their forms of health and body care.

When she returned to England, she met Gordon Roddick, a kindred bohemian spirit who wrote poetry and loved to travel as much as she did. The couple married in 1970, and shortly thereafter, opened a bed-and-breakfast hotel and later started a restaurant. In 1976, Gordon decided to fulfill a long-standing personal goal: to ride a horse from Buenos Aires, Argentina, to New York. Admiring her husband's pluck, Anita agreed to sell their restaurant to finance his trip. "It blissed me out to have a partner who said 'I've got to do this. I've got to be remarkable,' " she explains.

To support herself and her daughters in her husband's absence, Roddick decided to open a small shop where she could peddle some of the back-to-nature cosmetic knowledge she picked up during her travels. With Gordon's help, she obtained a $6,500 loan, contracted with a local herbalist to create her all-natural cosmetics, found a site in the seaside resort of Brighton, and opened her first Body Shop.

Everything was done on a shoestring budget with no concession to aesthetics. She painted the shop green because it hid everything, even the damp spots on the walls. She offered discounted refills to customers who brought back their empty containers and used minimal packaging to keep costs as low as possible. Customers were allowed to choose from an array of perfume oils to scent their purchases (which were fragrance-free) because it was cheaper than adding expensive perfumes to every bottle of shampoo or lotion. And she eschewed advertising, relying instead on well-placed interviews promoting her social causes and in-store pamphlets to sell products.

The combination of unique products, good public relations, a highly trained staff, and a well-defined sense of values quickly generated a buzz. Word spread, and within a year, Roddick's business had grown so large that she opened a second store. When Gordon returned in the spring of 1977, The Body Shop had become so popular that the Roddicks began selling franchises. By the fall of 1982, new Body Shop stores were opening at the rate of two per month.

To capitalize on the massive expansion, the Roddicks took The Body Shop public in 1984. After just one day of trading, the stock doubled in value. It would continue to rise throughout the late 1980s, as hundreds of Body Shop franchises sprung up throughout Europe and the United States.

One of the key ingredients in Roddick's success was her social activism. Her very vocal support for causes such as Greenpeace, Amnesty International, saving the rainforests and banning animal testing not only generated free publicity, but also set the company apart from its competitors and generated a loyal customer base. People felt good about buying Body Shop products because they felt good about Roddick's efforts. They wanted to be part of the positive action-and that translated into sales. By the end of 1992, there were more than 700 Body Shop stores generating $231 million in sales.

However, as The Body Shop's profits and name-recognition grew, the Roddicks began paying more attention to social causes than their business, launching an array of environmental projects rather than revamping the company's aging product line. Better-run imitators, such as The Bath & Body Works, ate into The Body Shop's customer base. And critics on the left who were once Body Shop allies suddenly started attacking the company for "hypocritical practices," generating a wave of negative press. As a result, sales fell and profits dulled.

By 1996, it was clear that a change was needed. The Roddicks stepped back from running day-to-day operations and installed managing director Stuart Rose, who promptly restructured the company, bringing in other professional managers, installing tighter inventory control, and streamlining processes. At the time, Roddick seemed ambivalent about the new course and railed at the administrative bureaucracy she was forced to adopt. "We've gone through a period of squashing one hell of a lot of the entrepreneurial spirit," she told Fortune magazine. "We're having to grow up; we have to get methods and processes in. And the result of that is a hierarchy that comes in-and I think that's anti-productive."

She may have been right. The changes failed to have the desired effect, and sales continued to decline. After a dismal first-quarter financial performance in 1998, Roddick ceded her post as CEO to Patrick Journey, a professional manager from a French food conglomerate, and farmed out her flagging U.S. franchises to the Bellamy Retail Group.

In January 1999, the company announced it was giving up manufacturing to focus on retail, and that projections were good. But whether The Body Shop can regain its dominance in the market, only time will tell.

Nevertheless, Anita Roddick's story remains one of the great entrepreneurial, if not cautious, tales of the late 20th century. She grew a single shop into an international empire and proved that a company can gain loyal customers and succeed by simply providing product information rather than employing high-powered advertising and high-pressure selling.