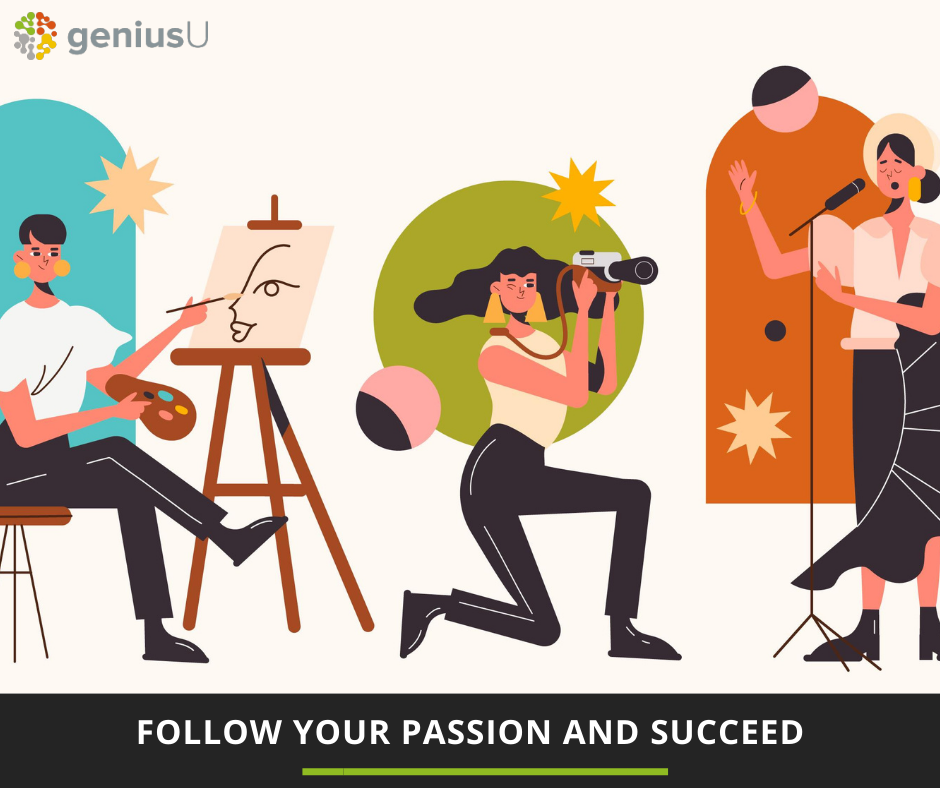 Whether an individual is considering starting a small business or changing career paths, it is important that passion is factored into the equation. While characteristics such as strong values, talent, ambition, intellect, discipline, persistence, and luck all contribute to business and career success, following your passion can often make the biggest difference of all.

Before discussing passion and explaining its significance, we must first define the true meaning of success. Success is usually thought of as making large sums of wealth or achieving a certain level of fame, but the true success that satisfies is not all about money.

Success is better defined as an achievement of a desired aim or purpose. More than money or fame, most people desire to align their own passions with their work, while making a sustainable income. Money brings diminishing returns the more you make, which makes it an elusive definition of success.

For most people, success means being proud of their achievements and being part of something that matters. This is particularly true when it comes to meaningful work. In fact, if an individual decides to follow their passion, there is a greater likelihood that money and traditional success will follow, because the time and effort invested in the venture come with enthusiasm and zeal.

If enthusiasm and passion are present, people tend to be more resilient when they encounter obstacles. People who are passionate about what they do, rather than just "in it for the money," tend to be people who have more positive outlooks and able to overcome difficulty through problem-solving.

Also, the more passionate someone is about their job, the more inclined they are to work hard on self-improvement, increasing their chances of success.

One of the most successful companies in the world is Apple. Apple's founder and most notable leader were the late Steve Jobs. In an article titled, "The Seven Success Principles of Steve Jobs," writer Carmine Gallo outlines seven factors responsible for Jobs' success. The article is based on interviews with Apple employees and Steve Jobs himself. The first principle? "Do what you love."

Steve Jobs believed in the power of passion and once said, "People with passion can change the world for the better."﻿ Jobs claimed that the passion he had for his work made all the difference.

Chris Gardner, the once homeless man turned multi-millionaire stockbroker and featured in the movie "The Pursuit of Happyness" expressed what he believes is the secret to success.﻿ According to Gardner, the secret is to "find something you love to do so much you can't wait for the sun to rise to do it all over again."﻿ He explains that the most inspiring leaders are those who do not simply work but pursue a calling.

Facebook's CEO, Mark Zuckerberg, has changed the world in which we live. In David Kirkpatrick's book "The Facebook Effect: The Inside Story of the Company That is Connecting The World," Kirkpatrick lists what he believes are Zuckerberg's characteristics that led to his success.

One of these characteristics is following his passion, not money. Zuckerberg suggests "following your happiness" when at a crossroads, using the logic that even if you do not end up making a fortune, you will at least be doing what you love.

Warren Buffett, known as "the Oracle of Omaha," is probably one of the greatest investors of all time. But even Buffett knows there is more to success than money. In an interview with Parade Magazine, Buffett outlined ten ways to get rich. He concluded his list of advice with, "Know what success really means." He explains the importance of finding what it is that brings true meaning and what makes each day important. This should be the focus of an individual's efforts.

Most Americans are dissatisfied with their jobs. According to Gallup, 85% of employees are actively disengaged from their jobs.﻿ The need for healthcare and a steady income are reasons that many Americans feel compelled to stay where they are. However, if there is a way for a person to navigate the financial hurdles and pursue their passion in a niche area, hard work and success might come easier than assumed. Enjoying the work you do, in some ways, is more important than having a large bank account.