Did you know the story behind GoPro? 👇 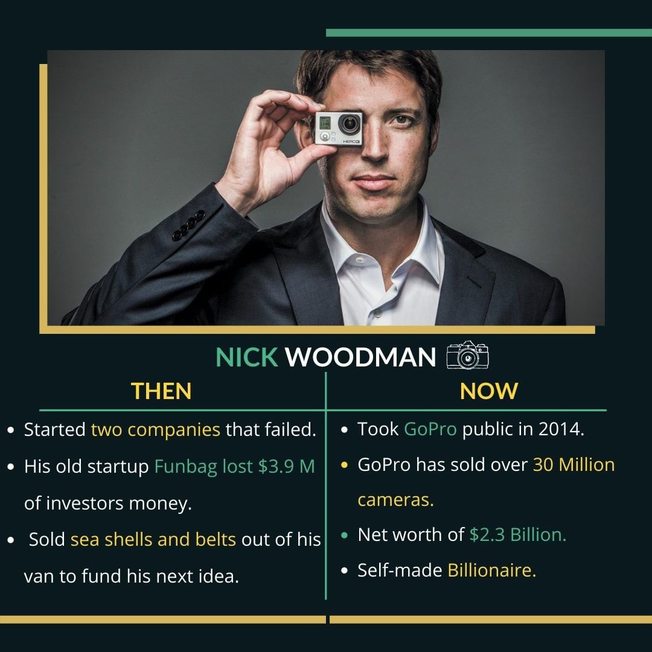 While on a surfing trip to Australia and Indonesia, Nick Woodman realized the need for a convenient video and still camera that could be attached to the person’s body and capture every motion in high definition, which became the inspiration for him to found GoPro Inc. ---

He raised the finances required for the camera company by selling shell and bead belts and camera straps as well as took a loan from his parents. His aim was to create a camera system that would capture close-up footage, hence inspiring the name, ‘GoPro’.

In 2012, GoPro sold over 2.3 million cameras with sales doubling every year since his first bulk sale to a Japanese company of 100 cameras.